Tricot pronounced tree-co is actually a blend of nylon spandex and the tricot refers to the knitting process. Tricot is made on a warp knitting machine that uses fine yarns to create wales (vertical columns of stitches) on the surface and crosswise ribs on the back. There is a horizontal texture on one side and a vertical texture on the other. Although this is invisible to the naked eye for us fabric inspectors you can see it haha.

Tricot is run resistant which means that is resistant to pulling and pilling. It also is stretch and shrink resistant so it has AWESOME recovery.

It is moisture wicking and anti microbial so it is perfect for bathing suits, sports bras, undies, all the things. haha I use it for leggings or hoodies for the girls and they totally love it and color blocking on leggings is perfect since it comes in so many colors. 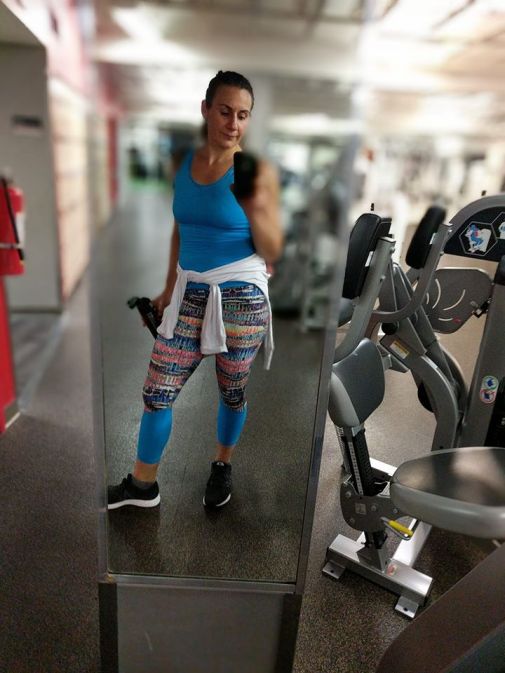 New fabrics can be confusing but I hope this helps! 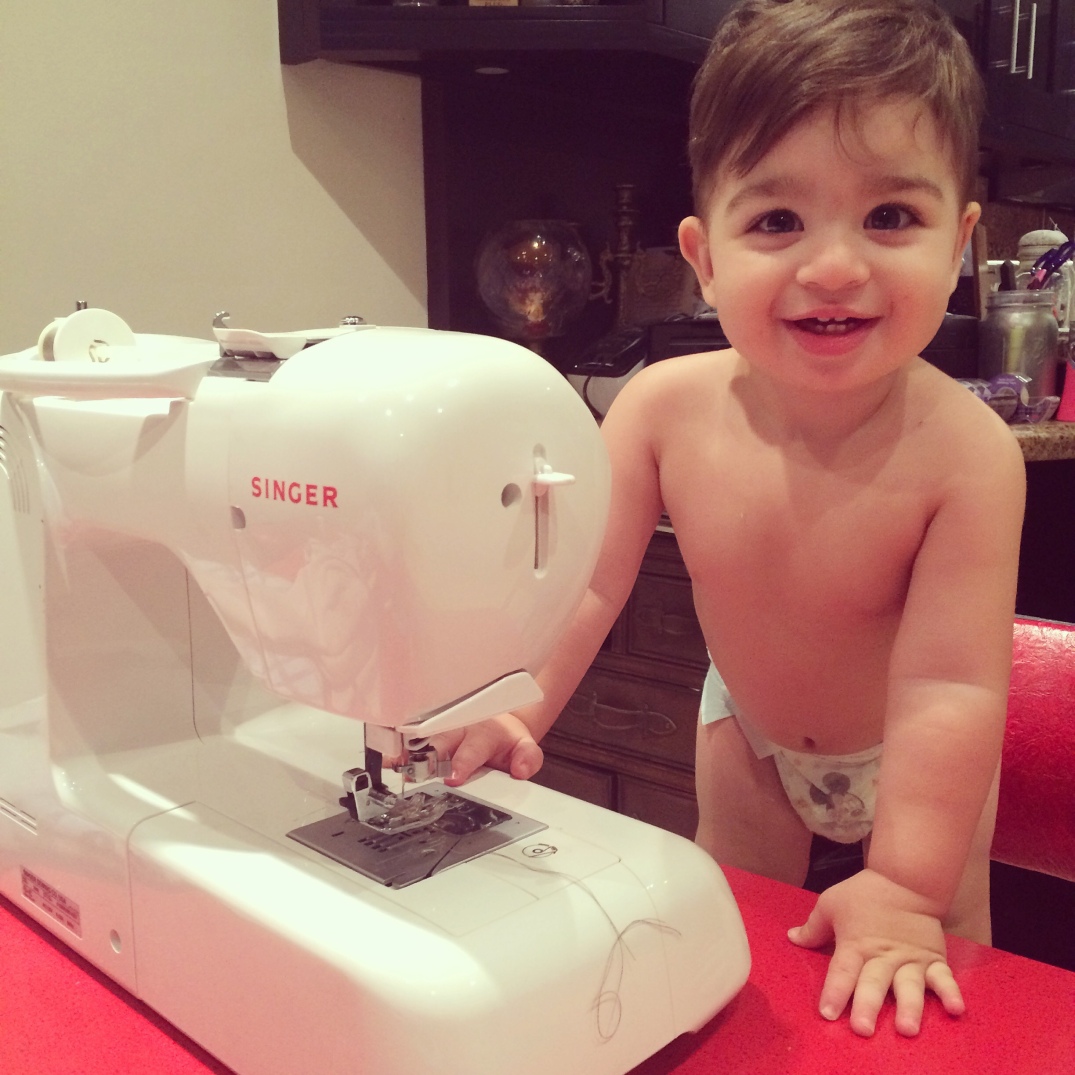 Melissa grew up in New Jersey. On weekends she and her other cousins would spend it at their grandmothers house. This woman was strong and fierce, long before women were, she was a seamstress her entire life, taught sewing and crochet classes and divorced before people were. That is where it all began. At four years old Melissa was behind a Singer sewing machine with a knee pedal which, ready for it, had ONE stitch! More and more time was spent there. Going to senior centers to roll balls of yarn for the classes, hemming, sewing potholders. The big thing was a pillow with chocolate chips on it. Hand sewn though (always appreciate the machine).

When high school began every elective was fashion design (pre computers and she’s a terrible sketcher), even though she was there for cosmetology, summers spent on design courses,vintage clothing and rescuing retired race horses.

In her twenties her patient and beautiful grandmother passed away 😢. She also got a sewing machine with more than one stitch, It was a whole new world!!! Which is where the love of fabric began! There were so many options but sadly no one to share the excitement with.

In her thirties, she decided to have a child, as a single woman without the support of her family. During her pregnancy she started Phee (2014). But where did the name come from? Phee is short for Fiona, her now 12.5 year old Pomeranian. Fiona has alopecia, no teeth, bow legged, and severe anxiety.

With all the years of sewing and designing under her belt the challenge was finding quality fabrics. Every single fabric ordered goes through testing. The fabrics are worked up and washed multiple times. Because she understands that no one wants to spent their hard earned money and time on creating something that won’t last.

Now, for those of you who have ordered in the past, sometimes your postcards come with a fold in the corner, a crooked label, or your box is taped up like a child did it. That’s because a child did do it. On the days that Melissa’s son, Giacomo, isn’t in preschool, he is helping his hard working momma. He’s not a child that’s glued to the tv so he enjoys it. Helping her is teaching him work ethic, organization, numbers (sooo many numbers) and teamwork. Every day, the mailman comes to pickup the packages, Giacomo helps scan them and load them into the truck. Some days he doesn’t feel like helping, he feels like watching ‘number blocks’ or a documentary, which is totally unacceptable!! (Just kidding😜).

Melissa also makes clothes from the scraps and donates them to single women and foster kids, always donating behind the scenes and supporting other small business. Because in such a crazy competitive world, there is no reason to try to cut someone else down. Teamwork makes the dream work. She strives to be the forefront of quality fabric and brings it all to you at Phee Fabrics! 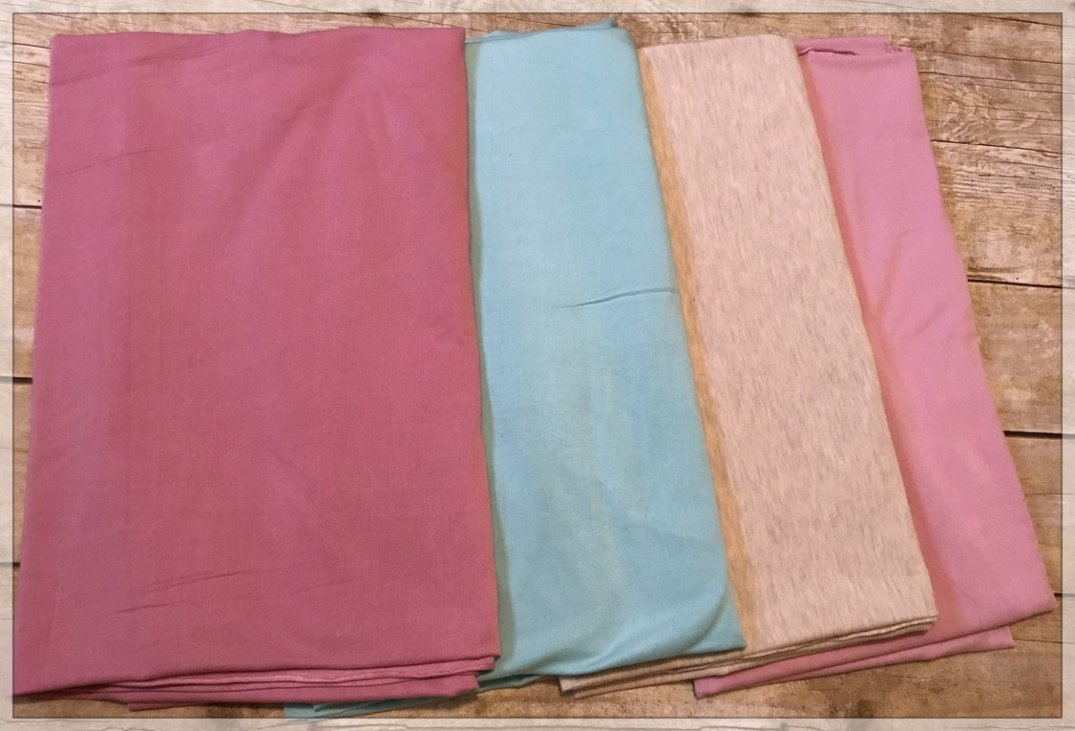 I have A LOT of fabric, more than any person who has only been sewing for a year and a half ever should. I decided that just ordering a little bit of everything was the best way to learn about different fabrics. I had tried rayon spandex before from other distributors and it just didn’t do anything for me, it was thin, got sucked into my sewing machine, I couldn’t start sewing on the end, it showed all the lumps and it was sheer.

I decided when Melissa stocked rayon spandex that I should just try it. I mean everything else she stocks is a step above so I hoped I would like this rayon spandex more than any other I had tried. Well…. It came in the mail and I didn’t believe it. It is so much heavier than any other I had ever tried, the perfect weight for dresses, tops, or rompers. It has amazing drape, covers my flaws and I don’t have to worry about seeing my underwear through it! Amazing! A lot of other rayon spandex is about 6 oz and the Phee rayon spandex is 13oz just to give you a comparison.

So many of the lighter weight fabrics I have a heck of a time sewing on my sewing machine and with my serger out of commission options are limited. I was so happy that I could just sew this rayon spandex like any thicker fabric and I wasn’t constantly fishing it out from the bobbin.

My rayon spandex Jessie dresses (5oo4) are probably my most worn me made items and I have a romper and dresses in the works for my littles. The options really are endless. It’d be the perfect fabric for some staple v necks or camis too or even a swim coverup.

Here are some patterns that I think would be spectacular for the rayon spandex.

The Jessie from 5oo4. There are also SAL videos on the blog.

The green tee from Greenstyle Creations which is FREE and happens to be my favorite basic tee.

The Isabel from m4m which is a wrap dress or there’s a hack to make it a duster too on their blog.

This is a gathered maxi skirt that would be perfect in the rs for summer giving full coverage but also being breathable.

This is a t shirt dress that I make often for my littles too that I actually have on my cutting table now to make out of the pink rayon spandex.