We’re going to be hacking the Strappy U Back version of the Greenstyle Creations power sports bra. The way the pattern is drafted is perfect for making it reversible with just some slight modifying of the band!

You’re going to need to cut out:

In addition to the reversible layers I will also be adding a layer of powernet in the middle. So two front side pieces, one strappy u back piece, and one front center of powernet if you’d like to do that as well.

If you want to have the inside and outside of your band different colors you’re going to need to cut your pattern piece in half long wise. After you’ve done that you’re going to add the seam allowance of your choice to one of the long sides. Then you’ll need to cut out two of these band pieces with the fold being on the short end of the pattern piece. I did this just by folding the band in half lengthwise then adding the SA and adjusting the fold. 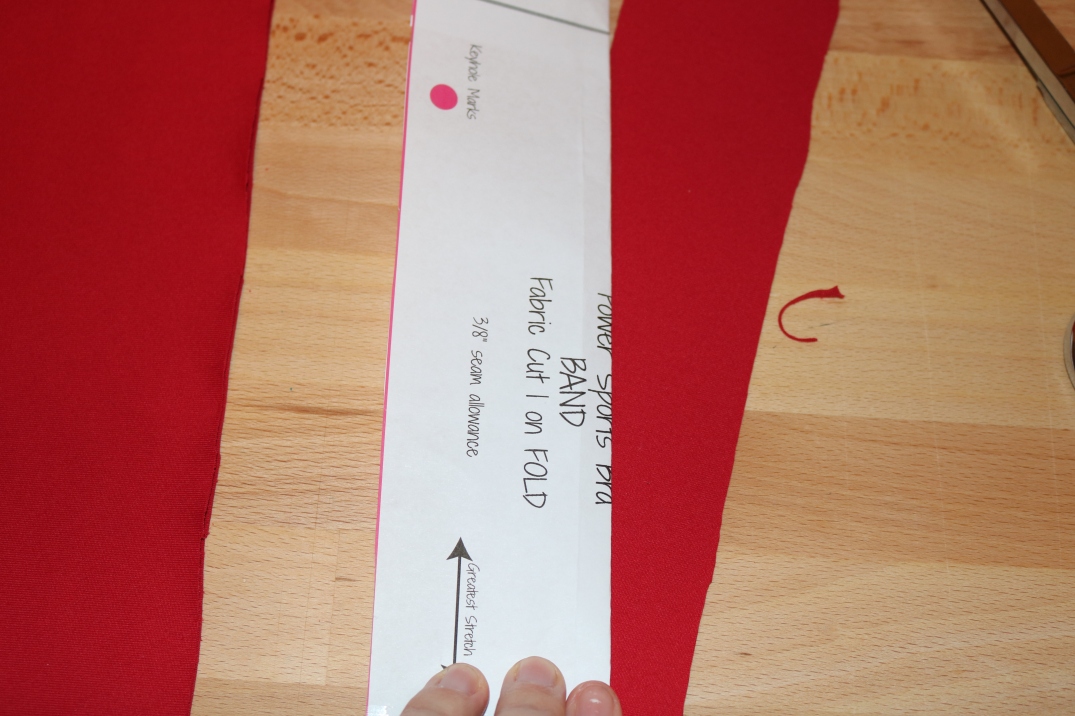 First I decided to do the band.. with right sides together of your two band pieces (only if you decided to do two different color bands one for each side) I sewed along the long edge. Be sure to use the seam allowance you added to the band pieces, for me it was 1/4 inch.

Once you have done that you can open it up and fold in half the other way with the short ends together. Line up your center seam and stitch along that short side.

Now the band can be turned right side out with raw edges together. This is when I take the time to quarter the band and set it aside until later.

Alright now we’re going to sew the three layers together just like in the instructions but 3x instead of two both outer layers and the support layer! Also go ahead and stitch your straps. I decided to use my coverstitch on mine to make them more flat instead of tubular. That was a design choice though and not as the pattern is drafted. 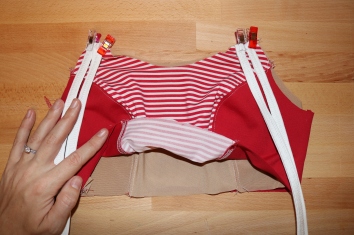 With the right sides together of both outer main shells stitch along the whole top but leave the top of the back strap piece unstitched. Then finish attaching the straps to the back as per the instruction. 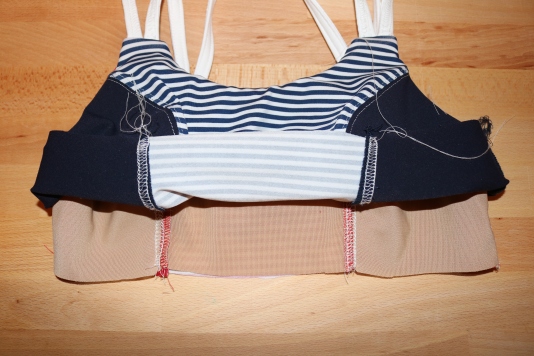 With the seam allowance folded towards the bodice fold the unattached bodice towards the wrong side 3/8 of an inch. Now match that folded under edge to the bottom of the seam allowance. I like to feel from the other side to try to match up the band/bodice seam. Then pin all the way around. 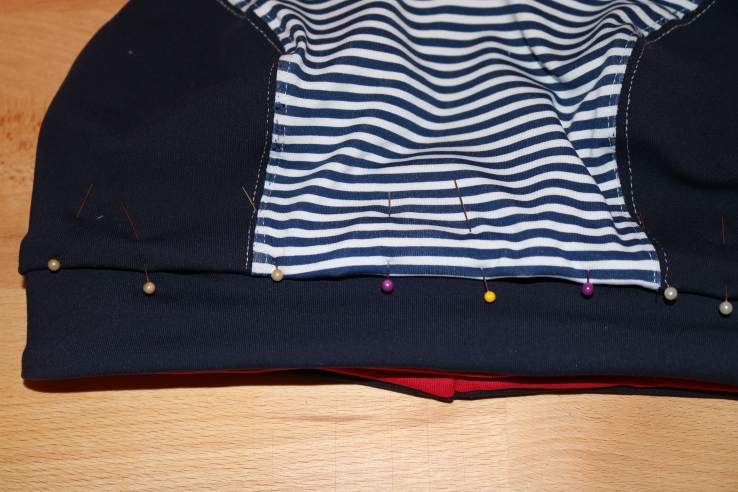 To attach find a topstitch that you like and stitch around the edge that you just pinned. Keep in mind that both sides of the stitch will show when you’re picking the stitch and thread color. Some options you could choose are a flatlock stich on your serger, coverstitching, a zig zag on your sewing machine (I would probably do the triple zig zag for strength, or you could hand stitch a stretch stitch. I chose to hand stitch so I could keep the stitches on just the one side. It was surprisingly fast, maybe took about 20 minutes! 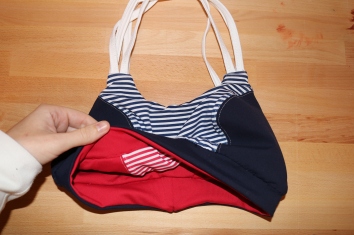 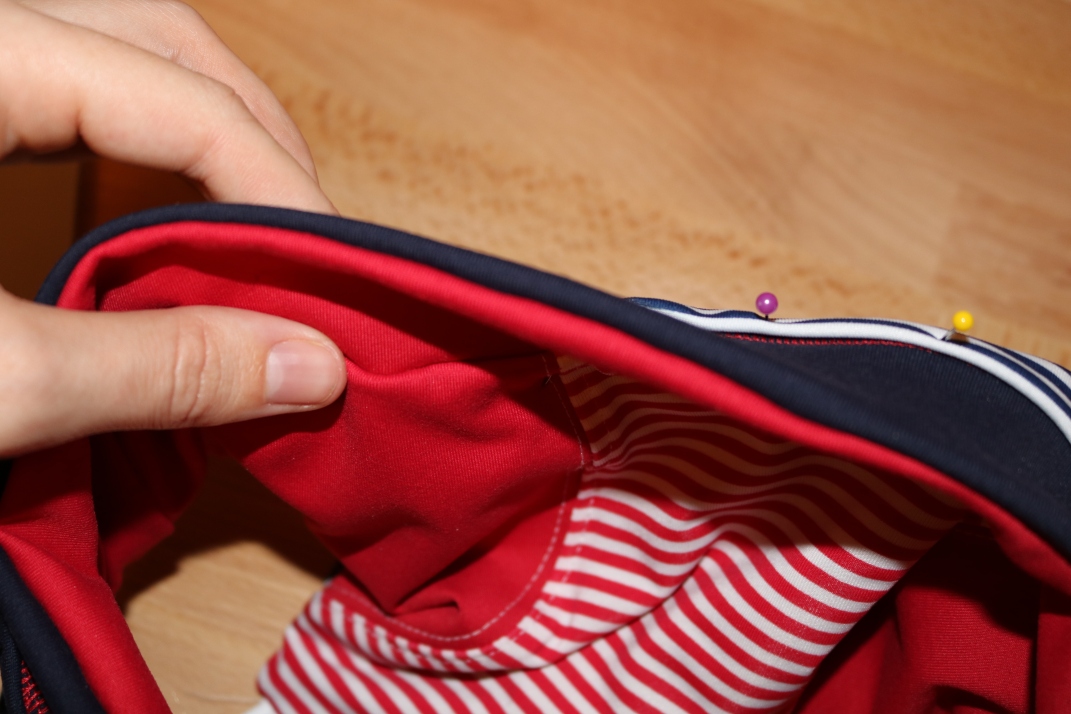 Here is a video to help if you don’t know how to hand stitch a stretch stitch!